I’m sure you recognize THE most quoted line from last year’s hit, Captain Phillips.  It’s the funniest “show ’em who’s boss” line I’ve heard in a while.  At that moment, Captain Phillips had no doubt he’d lost control of the situation.

Moses’ successor, Joshua, had a similar revelation. Moses had just died and the Lord gave Joshua a few pep talks about being “strong and very courageous.” Now he’s set his sights on overthrowing Jericho, the point entry into the Promised Land.  He already sent a couple spies to see what the Israelites were up against and heeded the Lord’s instruction to circumcise all the men, signifying the removal of their former shame as Egyptian slaves.

Now he’s all set.  Its’ time to enter the land promised to Abraham and his descendants. Right?  Not so fast.  Just outside the Promise Land, he looks up and sees a man with a drawn sword in hand. 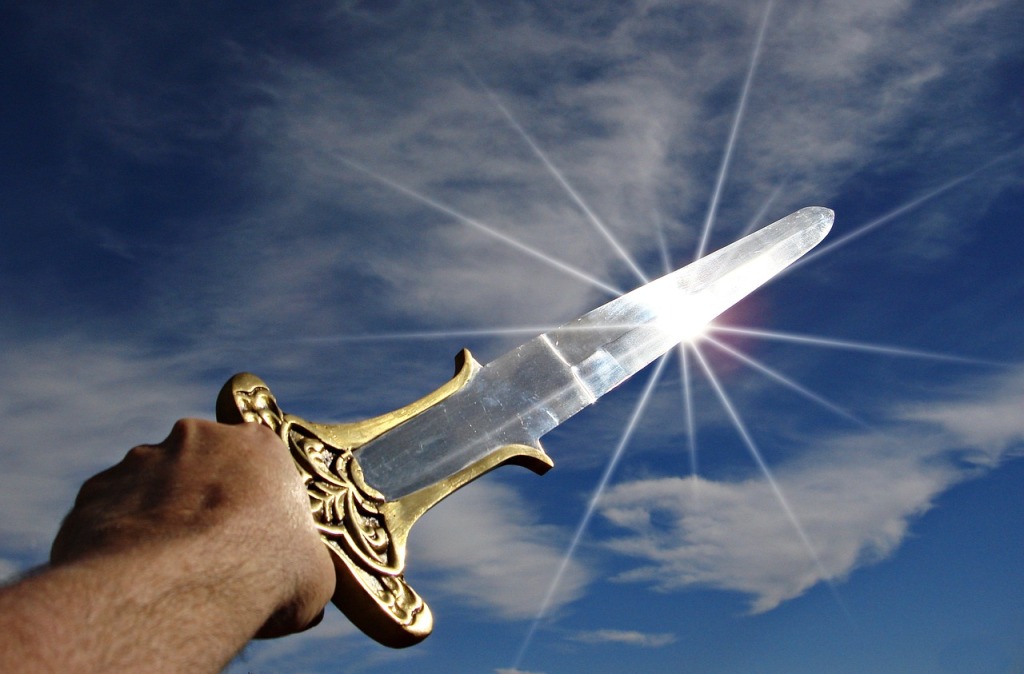 Wait a minute!  Who’s this guy just showing up in our camp? The Lord didn’t mention him coming.  And why does he have a sword ready to fight?

Joshua walks up to him and essentially asks, “Whose side are you on, ours or our enemies (see Joshua 5:13, 14)?”  The response?  Classic. “Neither, but as commander of the army of the LORD I have now come.” The battle is the Lord’s and this commander of the Lord’s army, who I believe is Jesus Himself, is essentially saying, “I’m the captain now.” Joshua immediately recognizes who is before him and falls face down in worship. This is no thieving pirate; the Lord has come to lead the children of Israel in paths of righteousness for His name’s sake (Psalm 23:3).  He’s saying in essence, “Stay seated Joshua, keep feeding, and wait for my instruction.  I will give Israel the victory.”

I’m grateful that even as the Lord sends us to occupy the land, our promised rest in His finished work, He makes it clear He’s the one leading, because it only happens His way.  It’s easy to fall into the hustle of applying societal norms to God-given assignments. There’s no end to methods, schemes and how-tos, but whatever the Lord gives you to do He will lead you through it step by step.  Though “unorthodox” (walking around a walled city for seven days), His guidance is right on point (the walls of Jericho came right down).  Your victory and success are sure!

Thanks for reading my post.  I hope you’re encouraged!

My book is available on Amazon and Barnes and Noble.

Encourages women to move past the limits of their relationships with their fathers to find identity, acceptance, and unconditional love in the ultimate DADDY-daughter relationship with God.